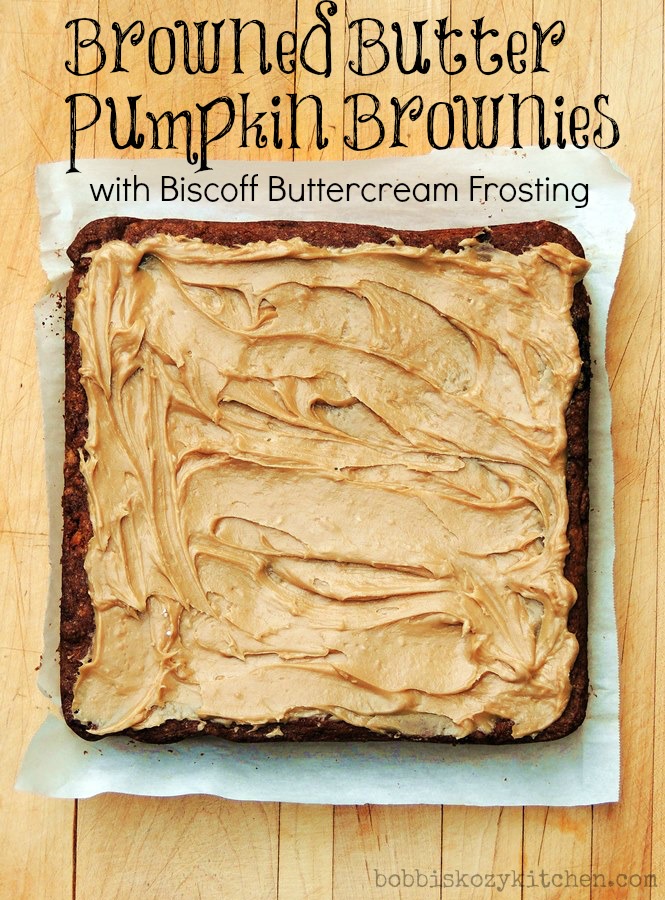 Aaahhh yes my fall loving friends, it is that time of year again. The time when we go crazy trying to cram pumpkin into as many dishes as possible. Oh wait, is that just me? Naaaa I don't think so. There has to be more people out there that share my absolute love for any and all things pumpkin right? Please say yes so I don't feel like a complete nut.
I didn't used to be this open about my obsession. Nope, I was a closeted pumpkin lover for quite some time. I would make the occasional pumpkin-centric dish, but was careful not to go overboard so as to make it clear exactly how much of a pumpkin glutton I was. Then I met Kevin.
Oh he took his sweet time filling me in on his feelings. I think we were together for three years before he casual popped off with, "You know I really reallllllllly love pumpkin". Seriously? How are you going to hold something like that back from a food blogger? I mean that boarders on cruel and unusual punishment! Here I am seeing all of these fabulous pumpkin recipes with drool inducing photos floating around the internet, thinking that my main squeeze will flip his lid if I start making them all. Meanwhile he is withholding this little nugget of precious information. Some people! 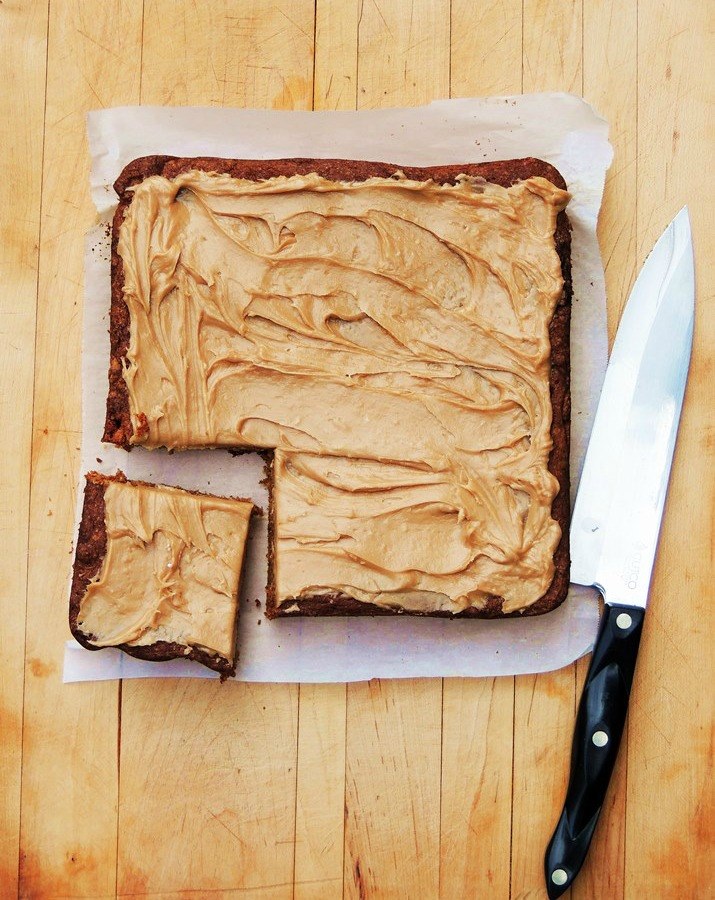 Once I got over my frustration about all of the pumpkin time I had missed out on, I got to work trying to come up with as many creative ways to use pumpkin as possible. I made Pumpkin Applesauce, Pumpkin Spice Bundt Cake with Brown Butter Glaze, 3 Cheese Pumpkin Mac and Cheese, Pumpkin BBQ Sauce, and Twice Baked Pumpkin Stuffed Sweet Potatoes. I even made Stuffed Pumpkin. Yes, that is correct. I stuffed that little bugger with sausage, bread, herbs, and creamy cheese, and it was OhhhEmmmmGeeeee fantastic!!
This year I am already off to a good start by making three pumpkin dishes in three days. I will be sharing them on the blog ASAP, but let's focus on this one for now OK?
So let me break it down. I have been dreaming about any and all things pumpkin for the last month or so (as soon as August rolls around my pumpkin engine starts a revin'!), when I happen upon a jar of Biscoff aka Cookie Butter in my local market. This is huge folks! My store never carries anything "gourmet" or current. So I immediately chucked that sucker in my shopping cart and went on my merry way.
Once I get home, and put away the rest of the groceries, I open up the jar to take a taste. People! When I tell you that the heavens parted, a light shown down, and the angels sang, I am not exaggerating. Ok, maybe I am a teeny bit. But it sure felt like that in my head! Everyone goes on and on about Nutella. Ppfffttttt! In my mind, and mouth, it can't hold a candle to Biscoff. Plus, with it's slight cinnamon flavor, it works perfectly with pumpkin. Which makes it my new best friend! Move over Nutella, Biscoff is the shizzz!!
Now, how good are these brownies? Hhmmmm. Well, I was online with my son while he was streaming a game on Twitch. Yes he is a gamer, and I am a nerdy gamer Mom, moving on. Here is playing his game with a ton of people watching him, when I type in the chat, "I have Browned Butter Pumpkin Brownies with Biscoff Buttercream Frosting baking away and my house smells insane". Within 15 minutes he has signed off of his game, said goodbye to his viewers, and is in his car on his way to our house! Kevin happens to wake up right as my son and his girlfriend get here and, in what seemed like 0.2 seconds, and everyone is in the kitchen hovering over the brownies. Now I have to break the bad news. They were still cooling so we all had to wait before I could frost them. Thennnnnnnnnn after they all patiently waited, sort of, and the brownies were frosted I had to let them know that photos had to be taken before anyone was touching one crumb on that cutting board.
I got a few dirty looks and moans and groans, but I hurried as much as possible. Once they were back in the kitchen, the stampede to get to them was on. There was a blur of plates, hands, fingers, and knives (which slightly frightened me). I think I even heard a few growls! But several brownies, and glasses of cold milk later, and I had a group of content faces sitting in my living room. Who's a happy food blogger? ME!!!
These little bad boys are moist and tender with that creamy Biscoff frosting that just puts them over the top! They are a MUST MAKE....trust me! Would I steer you wrong? 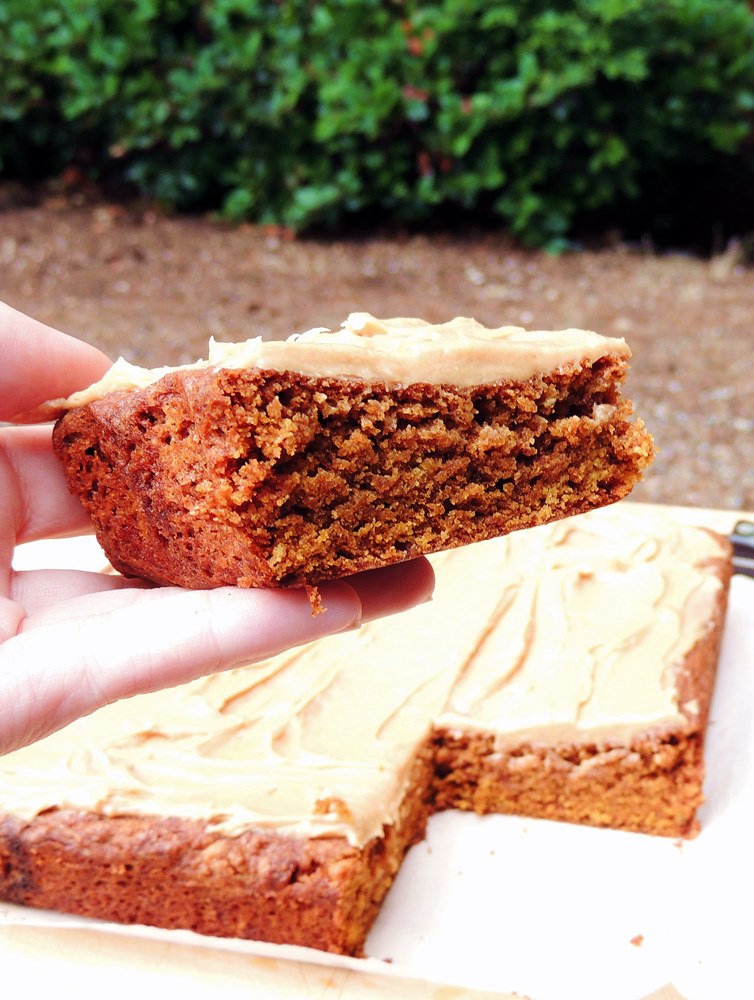 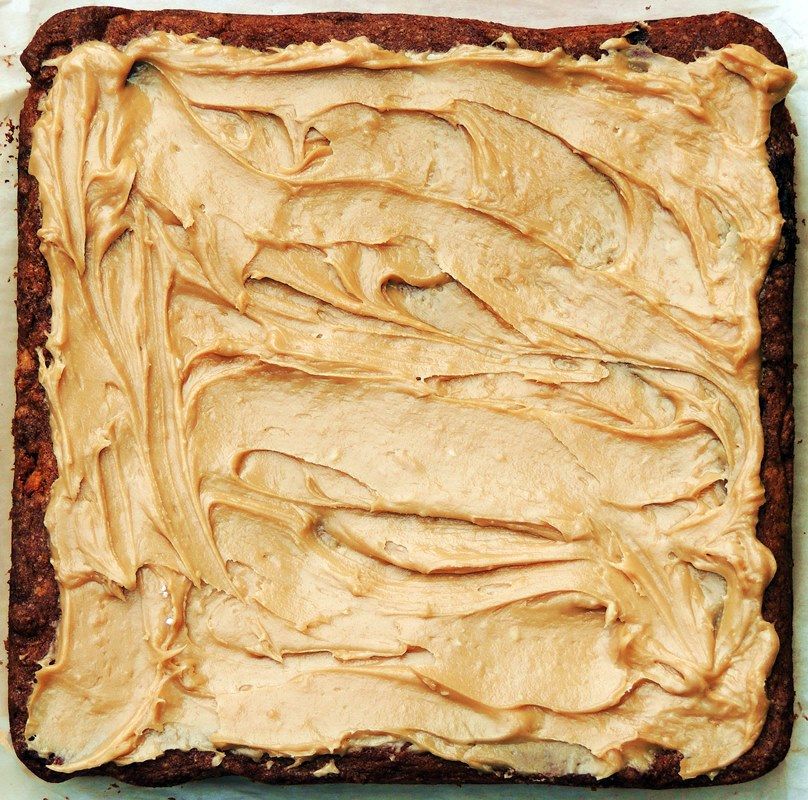