Jump to Recipe
Chipotle Black Bean Dip – is quick and easy to make with all the flavor you could ever want from a bean dip, minus all the fat and sodium. Pair it up with baked tortilla chips for a low cal/low fat snack the whole family will love. 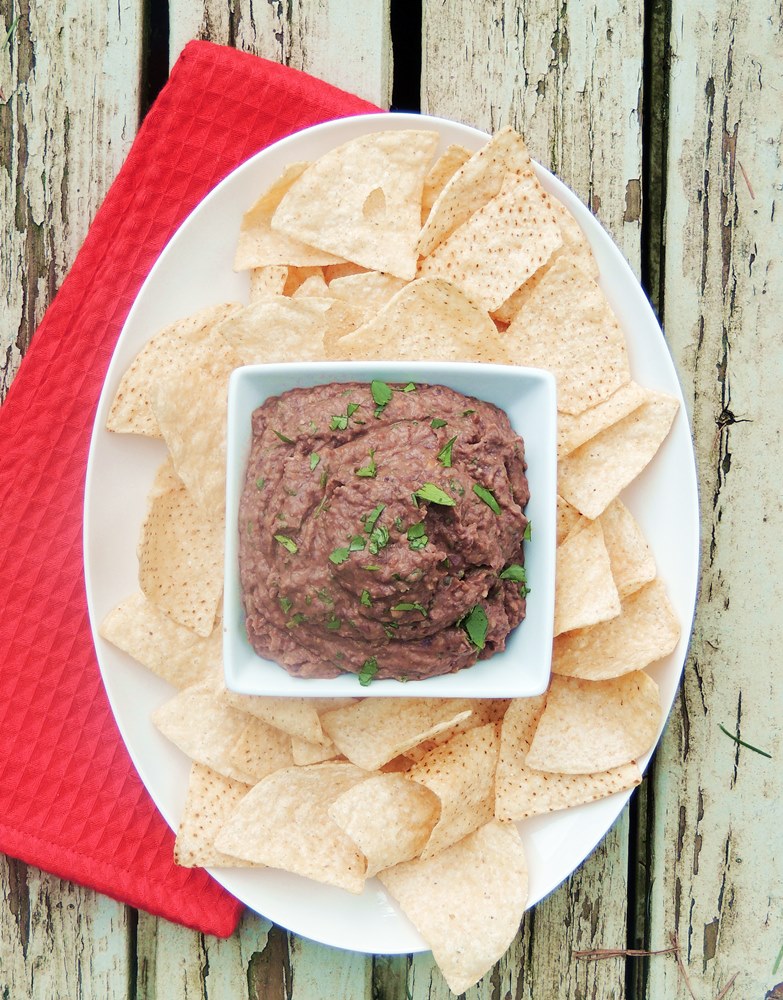 Are you one of those people that immediately looks for the closest exit when someone mentions healthy food?
It is OK to admit it, I know I was one. As soon as the conversation turned to eating healthy, my brain thought of flavorless boring food. I saw things like colorless boiled chicken, bread that tasted like cardboard, and vegetables void of any seasoning. Butter and salt banished forever from my kitchen.
In other words hell, I saw hell people!
So of course I had no desire to learn how to incorporate this torturous notion into my life. I refused to read cookbooks. I mean why would I? Nobody would want to eat anything made from them right?
And I was not the only one that felt that way. The whole entire family balked at the mere mention of it. But then, in 2004, my Dr talked to me about my health and used the ace up his sleeve by asking me if I wanted to be around to see my grandchildren.
Nicely played Doc, nicely played!
The reality of my situation was I was 40 years old, and 160 pounds overweight.
Changes had to be made, and made fast!
My diet of Loaded Carne Asada Nachos, foot long Philly Cheesesteaks with extra cheese, Meat Lovers Pizza, and Hot Fudge Sundaes? Ya um, that was going to have to change.
But what in the heck was I going to eat? How was I going to eat healthy when I didn’t like fish (unless they it was fried and dipped in a gallon of tartar sauce) and vegetables and I were not exactly on speaking terms.
If it wasn’t cooked in butter, fried, or smothered in cheese, I pretty much didn’t eat it. But I was determined to try. 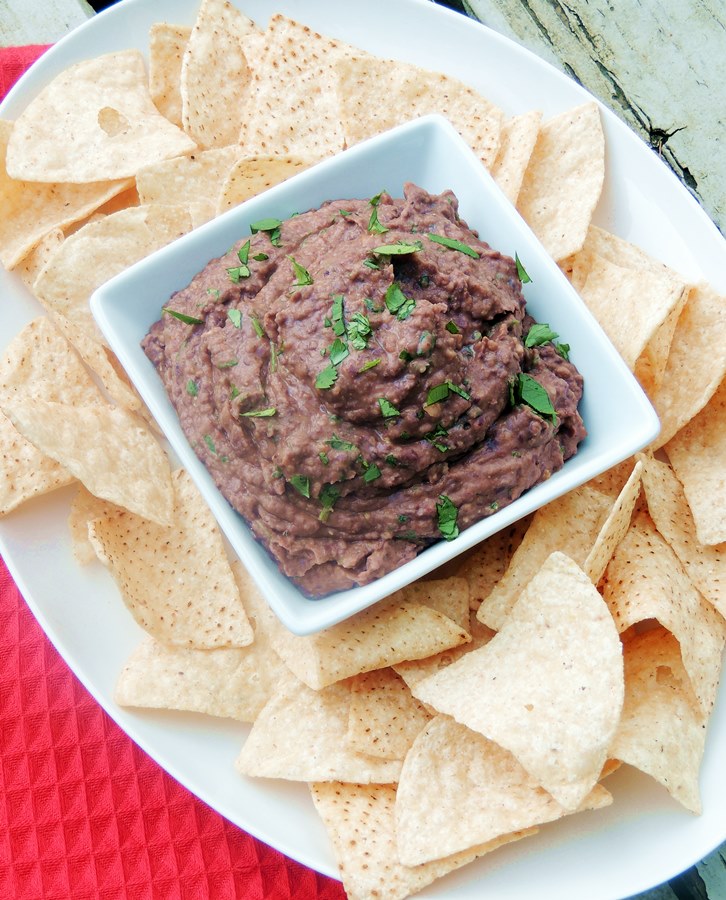 Little by little I made changes to the way my family and I ate. Red meat made appearances occasionally, I opted for chicken and pork instead. I braved the task of cooking AND eating fresh veggies. Cut out the tons of bread, high fat, and sugary foods we were eating. I filled the fridge with bags of fresh fruit so the kids could just grab and go when they wanted a snack. It was a lot easier (and tastier) than I thought it would be, and the family didn’t complain near as much as I thought they would.
Fast forward to my life now.
Kevin has high blood pressure.
I mean like OhhEmmmmGeeee Dude high blood pressure, so I checked out the American Heart Associations website for the recommended heart healthy diet suggestions.
Now I am careful with salt, we try to eat fish once or twice a week (since moving to the Pacific Northwest I LOVE fish), fresh fruits and veggies are a daily thing (we love love LOVE our vegetables grilled or roasted), whole grains are becoming a regular player in the game (I use whole grain pastas now and we all love quinoa), low fat low fat low fat is a mantra in my house, and beans are becoming a fave substitute when I am looking for protein in a meal without adding meat.
Kevin is a die hard carnivore, but when I began making things like Hearty Ham and Bean Soup, Garlicky Kale with Beans and Bacon, Homemade Healthy “Refried” Beans, and Creamy Spaghetti and Beans, he decided beans weren’t too bad.
Yay me!!

But there are days when my junk food loving evil twin rares her wicked little head and whines and cries about missing her favorite binge foods.
She is such a pain I swear!
Those are the times I have to bring out my WMDs. Weapons of munchie destruction!
OK admit it, you giggled at that just a little bit.
One of my favorite munchie choices was chips and dip, and Fritos and bean dip were always a big weakness of mine. I don’t want to think about how many cans of that stuff I put away! Or what is really in it *shudder*. Between the greasy fried chips, and fat filled dip UGH horrible, HORRIBLE!! I knew I had to come up with a way to satisfy that craving while still sticking to our heart healthy eating plan.
Enter the awesome black bean.
I seriously love these little guys? I am never without a can of them, and they make their way into tons of my recipes. I knew I wanted to use them as the base of my bean dip. I found several ideas on Pinterest. There was Simple Black Bean Dip over at Edible Perspectives, 5 minute Black Bean Dip from Cookin’ Canuck, and Spicy Black Bean Dip from Savory Sweet Life. They were all so simple, and sounded so good.
I decided I wanted to go the spicy route, and chipotle is a favorite of both Kevin and I. We love the smoky heat it adds to a dish. So chipotle it was, and out came my food processor. A few minutes later this amazing black bean dip was on the table, ready for us to dive into.
When I say it is amazing I am not blowing smoke people. It is creamy, and smoky, and spicy, everything you could ever want from a bean dip minus that yucky fat that none of us need. Pair it up with baked tortilla chips, fresh veggies, or pita chips, and you have a snack the whole family will love.
Give this dip a try, I promise you will never go back to that canned dip again!! 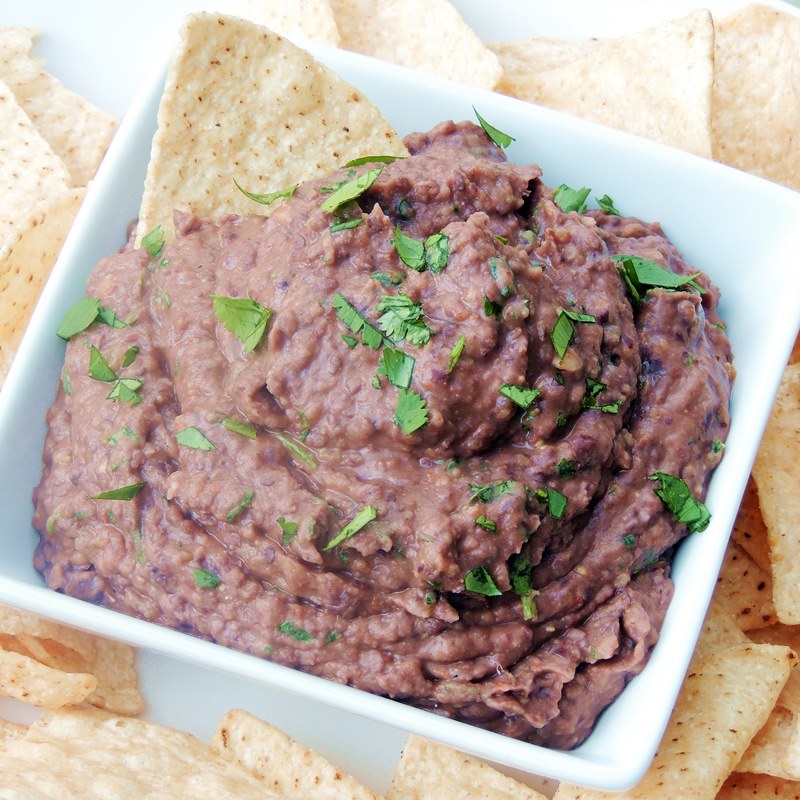 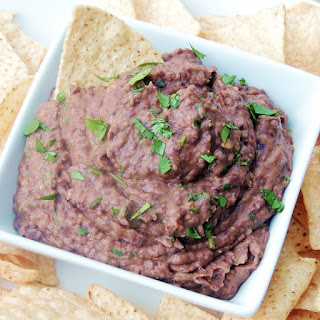 This dip is creamy, smoky, and spicy, everything you could ever want from a bean dip minus that yucky fat that none of us need. Pair it up with baked tortilla chips for a low cal/low-fat snack the whole family will love.
prep time: 10 MINScook time: total time: 10 mins

All recipes and their respective images are original and the sole property of Bobbi’s Kozy Kitchen © 2011-2018, with all rights, reserved.
Created using The Recipes Generator
Only Eats
If you like this recipe, you might also enjoy these. 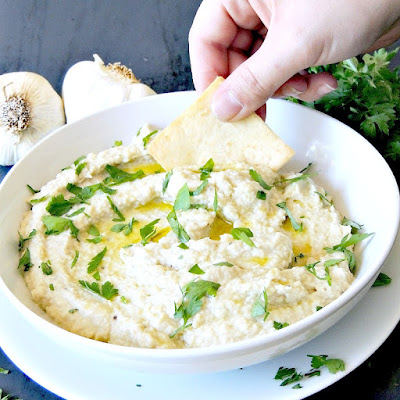 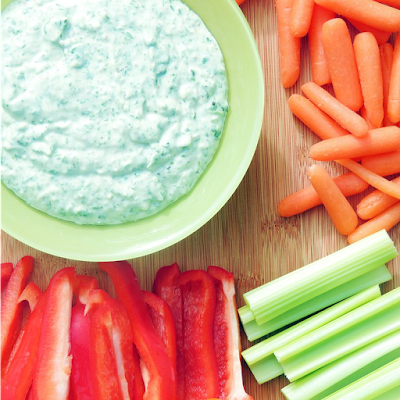 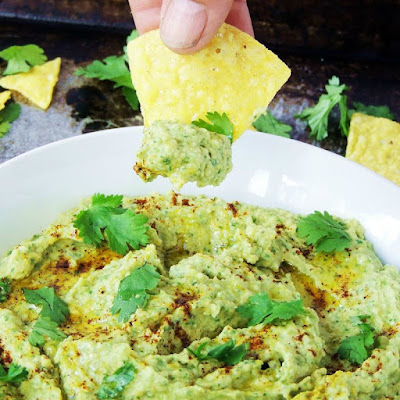 Do You Shop Amazon?

Help support this blog by starting your Amazon shopping here. THANK YOU!!


Like what you see? Please leave me a comment!
Planning on making one of my recipes? Nothing would make me happier! Take a photo and share it on Instagram using the hashtag #BobbisKozyKtchn I would love to see what you made.

Thank you for reading and supporting companies I partner with. Doing so allows me to create more unique content and recipes for you.

This post contains affiliate links. As always, all opinions are my own.

Welcome! It is so nice to meet you. My name is Bobbi. I am the Mom of 2 great kids, and Nana to a beautiful baby girl Kylee, and a handsome little devil named Torin. I share my life and home with my awesome partner Kevin, and 2 furbabies….